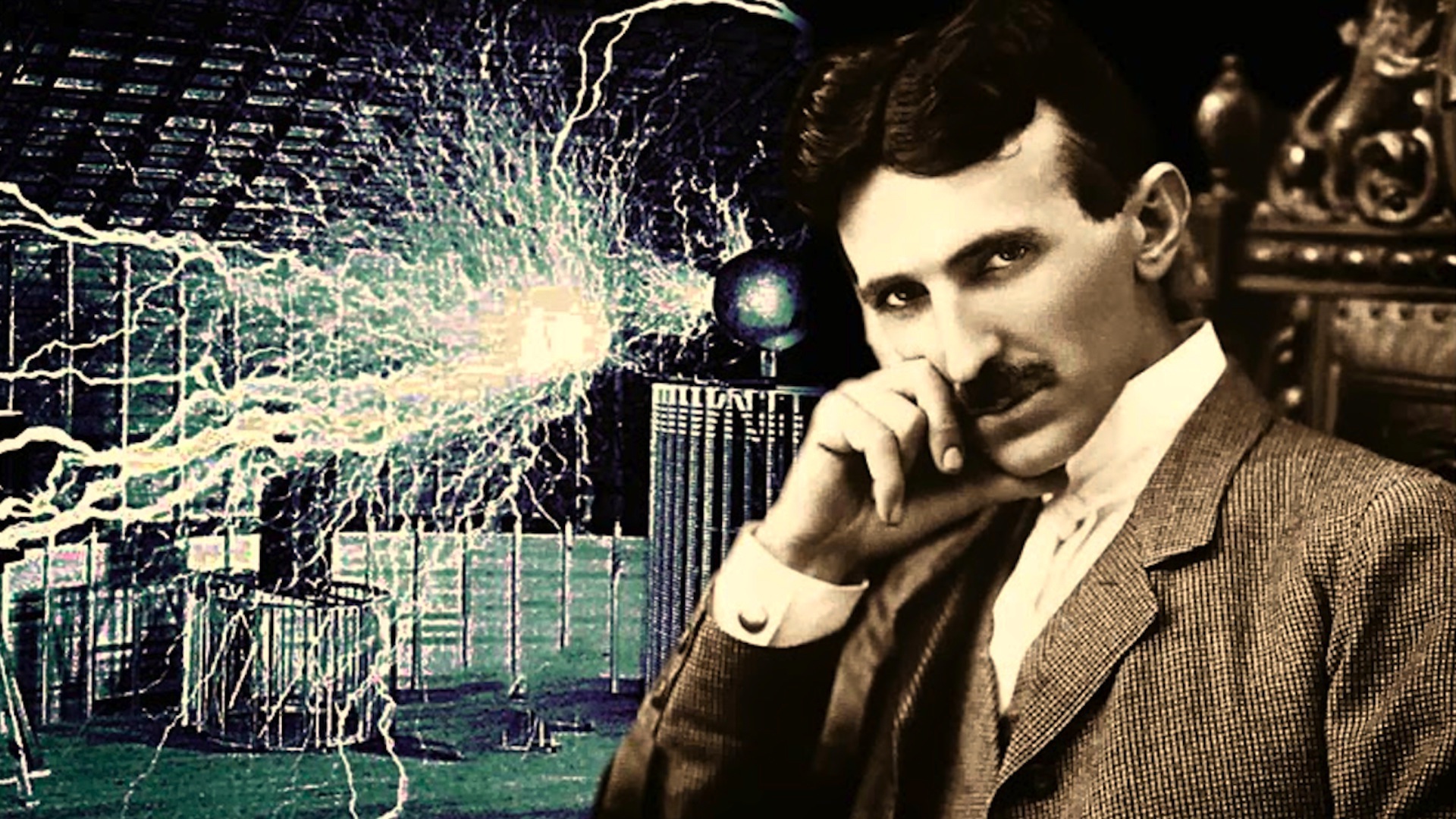 Phone battery on 1%, you breathe a sigh of relief as you swing the door open to your apartment and your phone begins charging automatically, once again within range of your wireless charging pad mounted on the ceiling with your smart home device.

You pick up your laptop, which has been on in the living room all day. It has not been plugged into the wall, but remains fully charged. 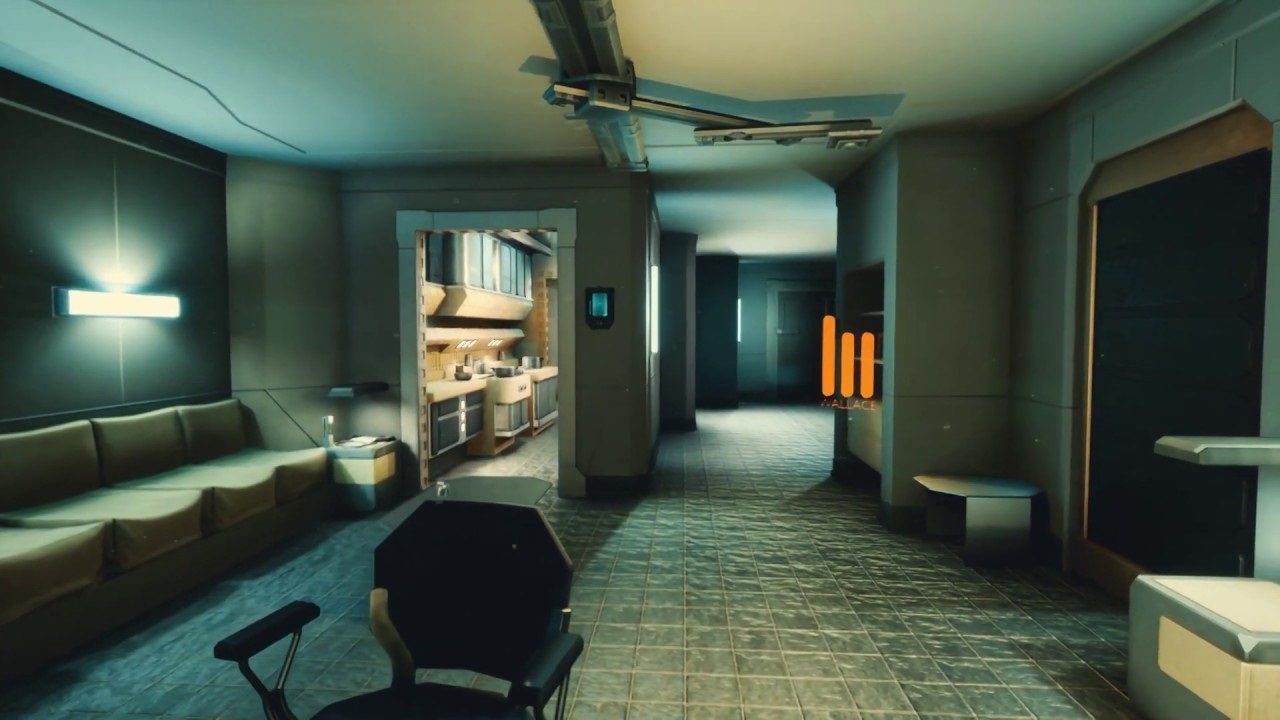 Sorry, Mr. Ridley. This is not Bladerunner. This is the future of wireless charging.

Wireless power transfer (WPT) is a method of transferring electricity over a distance by means of electromagnetism.

This transfer of power over a distance even up to a meter will have massive implications on the way we currently use the Internet of Things. Auto industry, medicine, manufacturing, tech, everything will see an impact if and when this technology becomes more viable at greater distance. But, where did this idea come from?

WPT has been a concept for over a century. As you could probably imagine, Nikola Tesla already conceived of such a transfer of electricity (What didn't he think of?). He put this theory to the test in 1899 when he powered 200 lightbulbs from over 26 miles away using electromagnetic resonance. 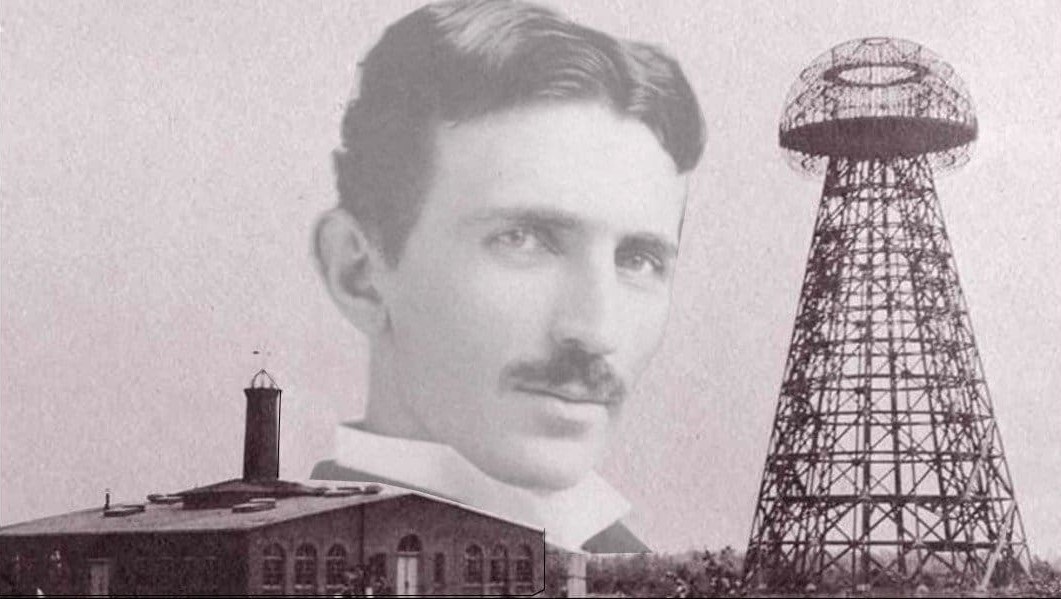 Incredible, right? Well, maybe not. This probably never happened. At least, we have no clue if it actually did or not. We do know, however, that Tesla was experimenting with and researching the possibilities of electromagnetic resonance as a means to transfer power wirelessly.

Electromagnetic resonance itself is a rabbit hole of hard physics and magnetic fields that we can scrape the surface of in a moment. What's important to know now is we can potentially use it for wireless power transfer over a distance.

But, how do we get there? How do we tap into this mystical ghost electricity and charge our phones from across the room without ever plugging them in? There have been some promising developments that we can get to later, but for now, let's take a look at an example of wireless power transfer that many of us have used by now: wireless phone chargers.

Wireless phone chargers are by far the most common example of wireless power transfer that we see in our current day-to-day life (if not the only example). 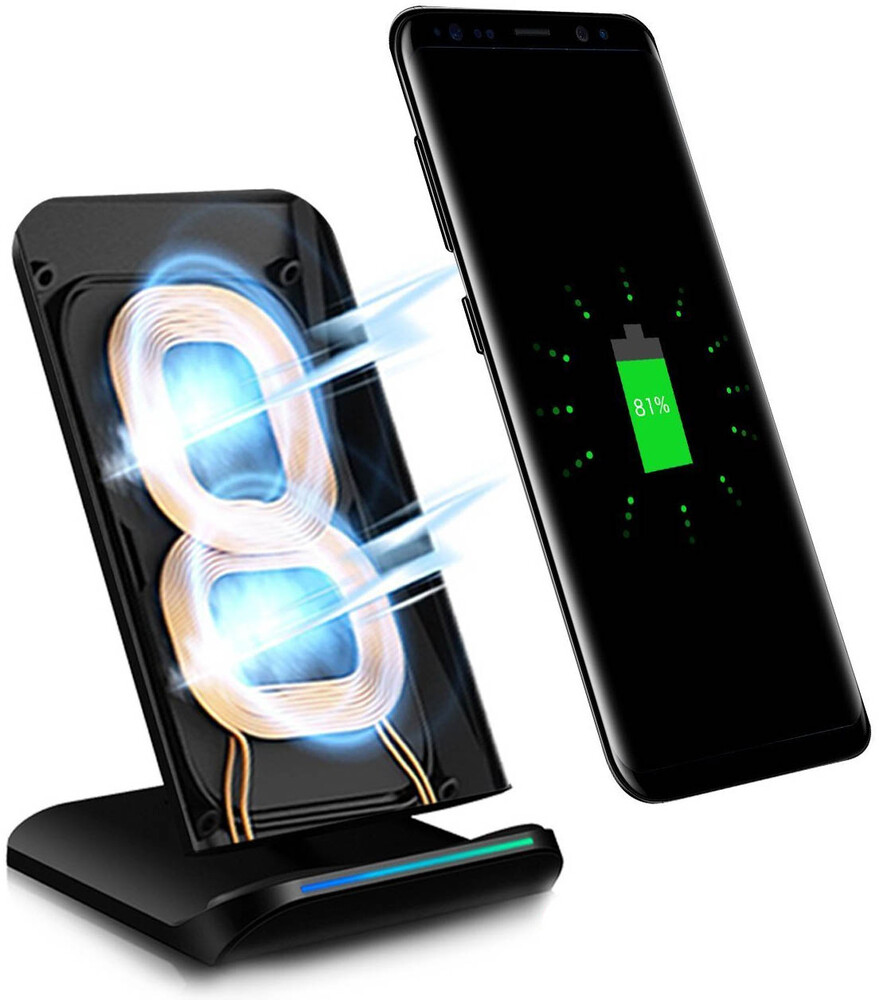 If you already know how these work, skip to the "Future" section and see how we are expanding on this technology! If not, stick with me, and I will do my best to explain the basics.

So, how does it work?

Easy answer: A magnetic field is generated by the wireless charger to power the mobile device.

1. The wireless charger receives AC power from the wall.

2. The alternating current passes through an induction coil (transmitter) in the charger. This creates a magnetic field.

4. This AC power is then converted to direct current (DC) for the mobile device to use. The conversion is done with what is called a rectifier. 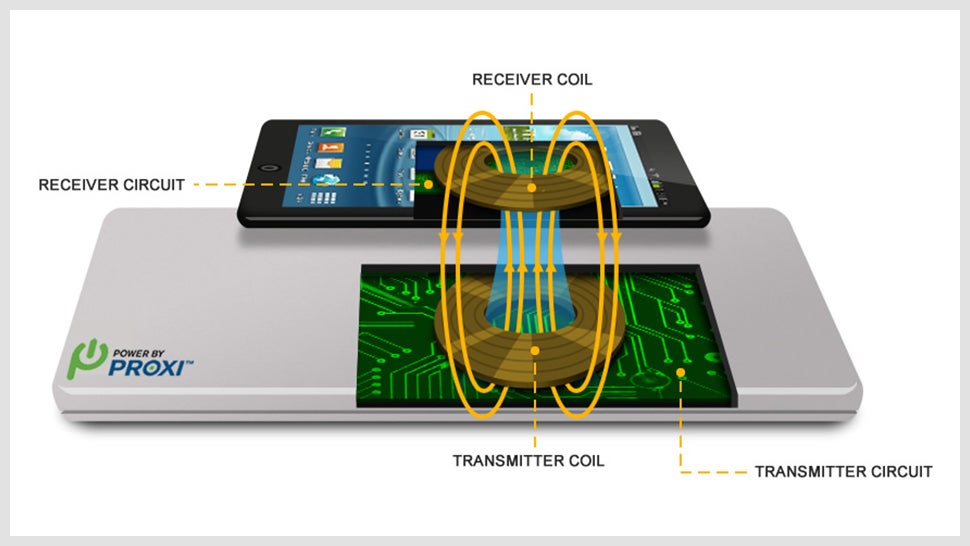 If you've ever used a wireless charger, you probably noticed it has to be placed in a very specific spot in order for the charging to actually take place. So, how do we plan on achieving this over longer distances?

The answer to that is called magnetic energy resonance, or, if you remember from earlier, electromagnetic resonance.

At the risk of poorly explaining a topic that's way over my head any more than I already have, I've embedded a short video that concisely explains the basic principle behind wireless power transfer and electromagnetic resonance:

This video may seem a tiny bit dated, but remember, the ideas behind this type of wireless power transfer are over a century old. If you need a little more push to get your understanding up to speed, take a look at this video as well.

This is great and all, but you are probably asking, what do we do with this idea, how do we apply it, and where is it going? Fortunately, there have been some pretty interesting developments. Let's take a look at the-

What's most exciting about expanding the distance of WPT is that it's already been done. For the most part, the roadblocks that come into play involve practical application and ensuring safety.

An interesting example that I found of WPT over a distance is from the IEEE (Institute of Electrical and Electronics Engineers).

From a layperson's standpoint, the mathematics in this paper may as well be Matt Damon's, but the abstract is worth taking a look at. Essentially, folks at the IEEE were able to power an LED using wireless power transfer via what is known as a Helmholtz coil. 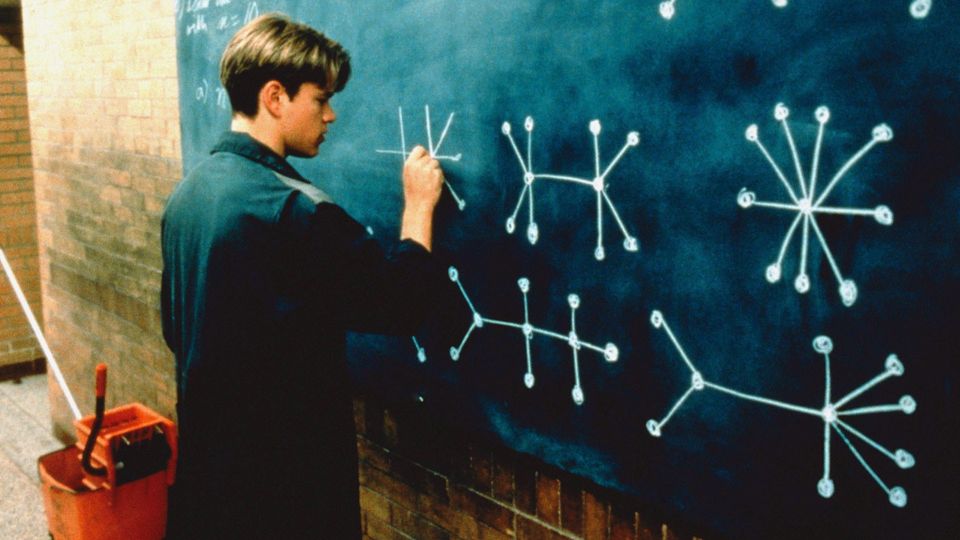 The major difference between this application is that it is not a conventional coil-to-coil wireless power transfer. A device's orientation has no bearing on whether or not it is able to receive power from the Helmholtz coil. In other words, it does not have to be placed in the exact correct spot to receive the power transfer.

Researchers at the University of Tokyo have also made significant headway by developing what they call a Room-scale magnetoquasistatic wireless power transfer. In simpler terms, a charging room. 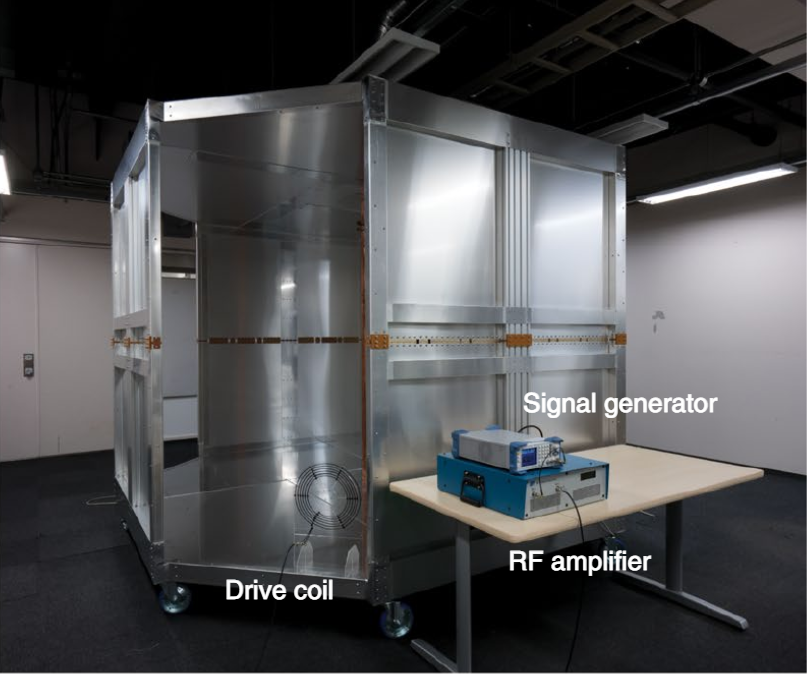 This "charging room" is also not necessarily confined by it's size. It could be as small as a tool box, or as big as a warehouse. They've even used anatomical dummies to test the safety of this technology, with great success.

Of course, these broader applications are still theoretical, and if you want to dive deeper into how they make it happen, take a look at their published findings in the journal Nature Electronics here.

The last example we will take a look at is a government backed start up in New Zealand called Emrod.

Emrod has been experimenting with WPT on a larger infrastructure scale. The idea that we could wirelessly power devices from powerlines instead of using physical wires is exciting, but it is also beyond our reach in its current state. The path to achieving this magnificent feat, according to Emrod, is to merge WPT with radar and optics. You can read more about it here.

Emrod may have their sights held high, but they have already demonstrated a WPT of 2 meters in a controlled laboratory setting. In the near future, they hope to demonstrate a 40 meter power transfer, and then move to field testing.

One of the major applications they wish to accomplish with this method is using WPT-enabled trucks to bring relief to disaster stricken areas that have lost power. Pretty cool, right?

These are just a few examples of the growing field of wireless power transfer, and despite these applications being leagues away from consumer end products, the technology is there. It is only a matter of further research and development.

Nikola Tesla sparked the imaginations of countless engineers and scientists with his prophetic theories on the applications of electricity. Theories so prophetic that even one hundred years later we are still working out the details of their application.

Nevertheless, progress is being made, as humankind chisels away at the prevalent mystery of tapping into one of the universe's most significant phenomena: electricity.

We are probably quite a few major advancements away from charging our phones by walking into our homes, but the technology exists and has been demonstrated various times in controlled settings.

The implications of a reliable WPT method coupled with the Internet of Things means not just the convenience of charging all of our devices wirelessly, but the possibility of powering entire cities without the use of a single wire in our homes or offices.

This future may be far away, but it is also directly ahead of us.